The Ismaili UK magazine, with its electronic version, leads the way to be more widely accessible to the regional and global Jamats.

Highlights of the December 2015 edition includes:

The Bujh Niranjan - An Ismaili Mystical Poem by Ali Asani

The IIUK App is here

We are excited to share with you The IIUK App for smart phones and tablets.

With this app you will be able to:
•Stay up to date on events and activities within the Jamat, through the Planner
•Search the Directory for contact details of our Institutions, Committees and Jamatkhana leadership
•Receive important and relevant Messages and Notifications from the Institutions

Please note this app is exclusive to members of our Jamat so you must be registered on the iiuk.org website to access the app. To use the app, you will need to:
•Download the app to your phone or tablet from www.iiuk.org/app
•Enter your IIUK username and password

If you do not have this information you can reset your details online by logging on to the iiuk.org website.

On behalf of the National Council, we hope you enjoy using The IIUK App and find it a useful way to stay connected with the Community.

*Please note: The IIUK App is not available for Blackberry and Windows phones.
Top

The Aga Khans by Frischauer, Willi.

muslim guy is a digital magazine, blog and a series of live events.

MUSLIMGUY.COM is an online magazine and blog that seeks to remove stereotypes encountered by millennial Muslim men. It was created with the aim of taking back the narrative and raising the place of Muslim men in mainstream society as a result of recently devastating waves of mass shootings and grand scale acts of violence by perpetrators unfairly associated with the Muslim faith.

The current focus of MUSLIMGUY is to create a platform for these individuals to voice their stories, host their discussions and highlight their exceptional achievements that the media often ignore. Ultimately, the project serves as a catalyst for radical conversations around 21st century Islam expanding on the work of its creator, Alykhan Suleman.

As Canada celebrates its 150th anniversary of Confederation and the Jamat marks Mawlana Hazar Imam's Diamond Jubilee year in 2017, the latest edition of The Ismaili Canada highlights how Canada has become our country, our home, since the Jamat's arrival in the early seventies.

The Ismaili Canada is pleased to announce the transition from print to digital format to enhance the user experience and promote environmental and financial sustainability. For those who prefer, the print edition is on sale at $2 per copy at all Jamatkhana literature counters.

The digital version can be accessed online here.

We hope you enjoy the new format!
Top

The life of a high-born humanitarian, visionary and environmentalist…

Prince Sadruddin Aga Khan traces the life of a high-born humanitarian, visionary and environmentalist, the second son of the once very well-known Aga Khan III.

The birth of the prince in France and his years in Switzerland and at Harvard University are sketched against the background of world events that would have repercussions in his adult life. The author, in depicting the prince’s expert work with UNESCO and as UN High Commissioner for Refugees, also reflects his deep concern over North-South disparities and their inevitable consequences. The descriptions of his strenuous efforts to make known the dangers of nuclear proliferation and environmental depredation are interspersed with accounts of the crucial United Nations missions that the prince undertook over almost 20 years. Diana refers to some of the prince’s remarkable predictions and in later chapters speaks of his overall outlook and his lifelong collection of Islamic and Indian art. Throughout the book the Prince’s exceptional personality is reflected in extracts of his speeches, radio interviews, press cuttings and photographs.

This is the story of a high UN official who devoted his life to improving the lives of the planet’s inhabitants. Sadruddin Aga Khan looked to the younger generations to make the world a better place. His example will surely prove inspiring to many young people.

‘I have done my best to portray him in a way fitting
to such an exceptional person.’ Diana Miserez

In celebration of the Persian New Year, also known as Nowruz, the Library of Congress has digitized and made available online for the first time the Rare Persian-Language Manuscript Collection, which sheds light on scientific, religious, philosophical and literary topics that are highly valued in the Persian speaking lands.

This collection, including 150 manuscripts with some dating back to the 13th century, also reflects the diversity of religious and confessional traditions within the Persian culture.

The unique manuscripts feature beautifully illuminated anthologies of poetry by classic and lesser known poets, written in fine calligraphic styles and illustrated. It includes the Shahnamah, an epic poem that recounts the history of pre-Islamic Persia. Also, it contains the most beloved poems of the Persian poets Saadi, Hafez, Rumi and Jami, along with works of the poet Nizami Ganjavi.

One of the historic materials addresses the life of Shah Jahan (1592–1666), a ruler of India from the Mughal dynasty, during whose reign the Taj Mahal and other architectural wonders were built. Other items highlight a gold leaf map that clearly demonstrates how the world was viewed in the medieval Islamic period and Quran manuscripts with Persian explanations and elaborate calligraphy.

The collection was digitally preserved by the Library of Congress at loc.gov/collections/persian-language-rare-materials/about-this-collection/.

“These rare Persian-language manuscripts clearly reflect the diversity and cosmopolitan nature of the collection,” said Hirad Dinavari, reference specialist for the collection at the Library’s African and Middle Eastern Division. “Since many of the items originate in India, Central Asia, the Caucasus and regions under Ottoman rule, in addition to the native Persian speaking lands of Iran, Afghanistan and Tajikistan.”

In addition to the manuscripts, the Library will expand the Rare Persian-language Collection with lithographs, early imprint book and Islamic book bindings in the following months.

Most of these Persian manuscripts and lithographic books were procured for the Library in the 1930s by Kirkor Minassian (1874-1944), a renowned dealer in fine Islamic and Near Eastern arts. The Minassian acquisitions included treasures from the entire Middle East with rare books and manuscripts in Arabic, Persian, Turkish and Armenian languages.

The Library's African and Middle Eastern Division showcased over 40 of these rare Persian manuscripts and lithographic books for the first time, for the public to see, in the exhibition "A Thousand Years of the Persian Book" between March 27, 2014 and September 20, 2014.

The Rare Persian-Language Manuscript Collection reflects advancement toward a goal in the Library’s new user-centered strategic plan to expand access, making unique collections, experts and services available when, where and how users need them. Learn more about the Library’s five-year plan at loc.gov/strategic-plan/.

The African and Middle Eastern Division (AMED) was created in 1978 as part of a general Library of Congress reorganization. AMED consists of three sections – African, Hebraic and Near East – that cover 78 countries and regions from southern Africa to the Maghreb and from the Middle East to Central Asia and the Caucasus.

The Library of Congress is the world’s largest library, offering access to the creative record of the United States – and extensive materials from around the world – both on-site and online. It is the main research arm of the U.S. Congress and the home of the U.S. Copyright Office. Explore collections, reference services and other programs and plan a visit at loc.gov, access the official site for U.S. federal legislative information at congress.gov and register creative works of authorship at copyright.gov.
Top

Brief Video and link to online version of the magazine.

You will find below the latest issue of the magazine THE ISMAILI for the jamat of the jurisdiction of France, in French and English, to read online, download or print.

The entire encyclopedia can be accessed online at: 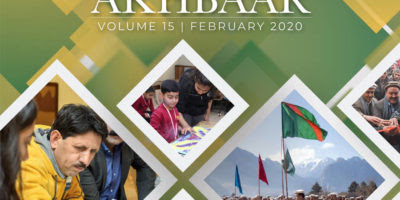 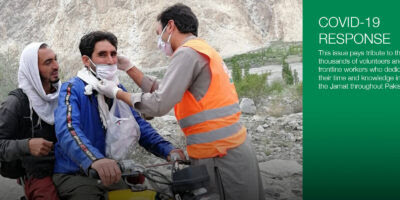 Justice and Remembrance book chapter highlights in under five minutes!

Free digital library with over 200 thousand audiobooks and eBooks

In the midst of the stressful routine of your everyday life, it is important to take time out for yourself. Recently, Fnac and Kobo developed a digital library available for kids and adults. Why not take this opportunity and your time and start reading a book?

With your remote work, the growth of household chores and the necessary accompaniment of your children’s education, it is important for you to organize your day and take some time for yourself, so you can rest, decompress and enjoy other activities. An example of an activity to relax can be reading a book. It is both a way to learn and to get to know the world a little more, as well as a way to relax and enjoy your free time. With this in mind, Fnac and Kobo created a digital library, available to everyone, with more than 260 thousand books, from authors from António Lobo Antunes to Eça de Queirós, both in audio and digital format. The majority of books are available in English, but there are still a few in Portuguese.

This digital library can be accessed through the Fnac website https://www.nit.pt/cultura/livros/fnac- ... -gratuitos or through the Kobo page https://www.kobo.com/, where you will have to register and then download the books and/or the app, available for all iOS or Android devices. Enjoy and start reading digitally: a growing reality in Portugal, which continues to gain supporters with confinement!
Top 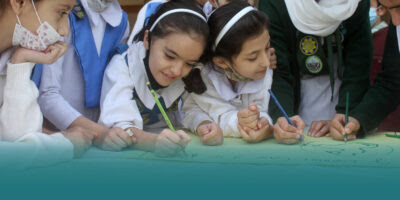 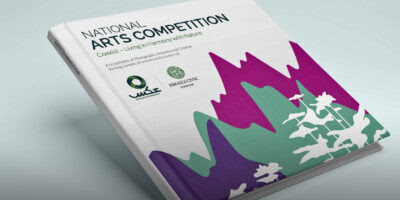 The Ismaili Pakistan is pleased to present a compilation of Photographs, Artworks and Creative Writing samples of winners and runner-up of AKS – National Arts Competition.

Through AKS, Ismaili CIVIC aimed to identify environmentally conscious leaders who promote environmental sustainability in Pakistan to articulate their relationship with nature and their ideas using diverse artistic expressions. AKS received 238 submissions who were judged by a team of professionals in each category. 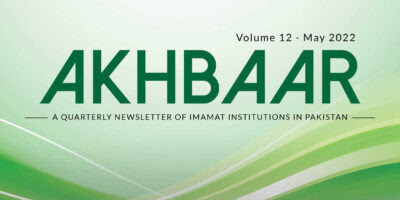