Activities of the Imam and the Noorani family.
Post Reply
406 posts

Created by Toronto-based Ghanaian-Canadian Ekow Nimako, Kumbi Saleh 3020 CE is an Afrofuturistic reimagining of the capital of the medieval Kingdom of Ghana. Made up of approximately 100,000+ LEGO® pieces, Kumbi Saleh 3020 CE celebrates the glories of an ancient African trade hub and the limitless possibilities of the future.

In his examination of this sculptural masterpiece, Dr. Chagnon delves into the medieval roots of the metropolis, taking viewers on a journey through time to the mighty Ghanaian Empire which flourished between the 8th and 13th centuries, and whose capital inspired Nimako to create this utopian cityscape.
Top 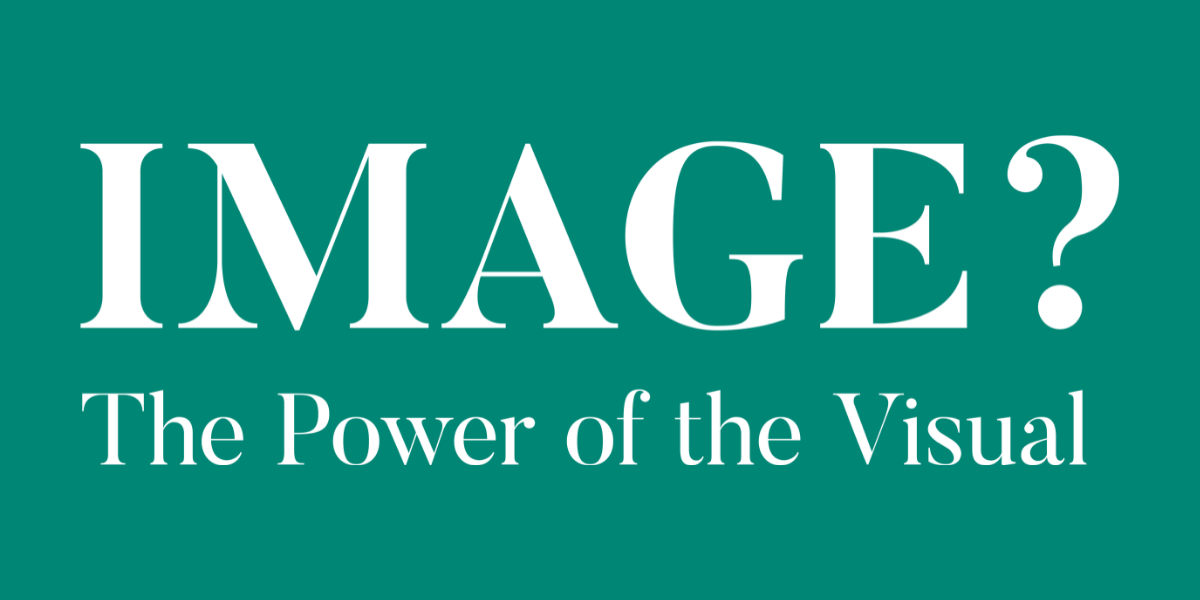 OPENING ON APRIL 9
IMAGE? The Power of the Visual


Our eye-opening Spring exhibition explores the timeless power of the Visual through the lens of historic and contemporary artworks from diverse Muslim cultures.

IMAGE? reflects on humanity’s timeless preoccupation with images and explores their capacity to project power, reflect inner spiritual or poetic visions, give expression to ideals held dear, and express key aspects of identity.

The works on display include everything from contemporary mixed-media art installations to exquisite folios, manuscripts, and intriguing historical artifacts, including 16 international loans from North America, Europe, and the Middle East from lenders such as The Metropolitan Museum of Art, The Art Institute of Chicago, and Los Angeles County Museum of Art.

Learn more about IMAGE? The Power of the Visual https://agakhanmuseum.org/exhibitions/image?

Spring into March Break at the Aga Khan Museum

Journey through the golden age of Spanish music

The 15th and 16th centuries have been described as “The Golden Age of Spanish music,” but they were also prolific periods for musicians in the Persian courts and throughout the Ottoman Empire.

With Ensemble Constantinople and Accademia del Piacere as your musical guides, journey through the Spanish Renaissance with Persian/Ottoman masterpieces taken from manuscripts unearthed in monasteries and palace libraries.

Reserve tickets for From Castille to Samarkand https://agakhanmuseum.org/programs/from ... -samarkand

From suspending 275,000 photographs from the ceiling and creating micro-climates for centuries-old objects to designing the gallery space for a seamless visitor experience, our new four-part series reveals all as we venture behind-the-scenes of the IMAGE? The Power of the Visual exhibition in the lead up to opening day.

More and video at...

Welcome to the world of image-making

The Museum's premier Spring exhibition IMAGE? The Power of the Visual is now open to the public. Through the ages and across world cultures, people have always made images. Through the lens of historical and contemporary artworks, the exhibition aims to explore the power of these images and what they tell us about power, status, ideals, identity, and spirituality.

Delve deeper with The Power of Image Lecture Series 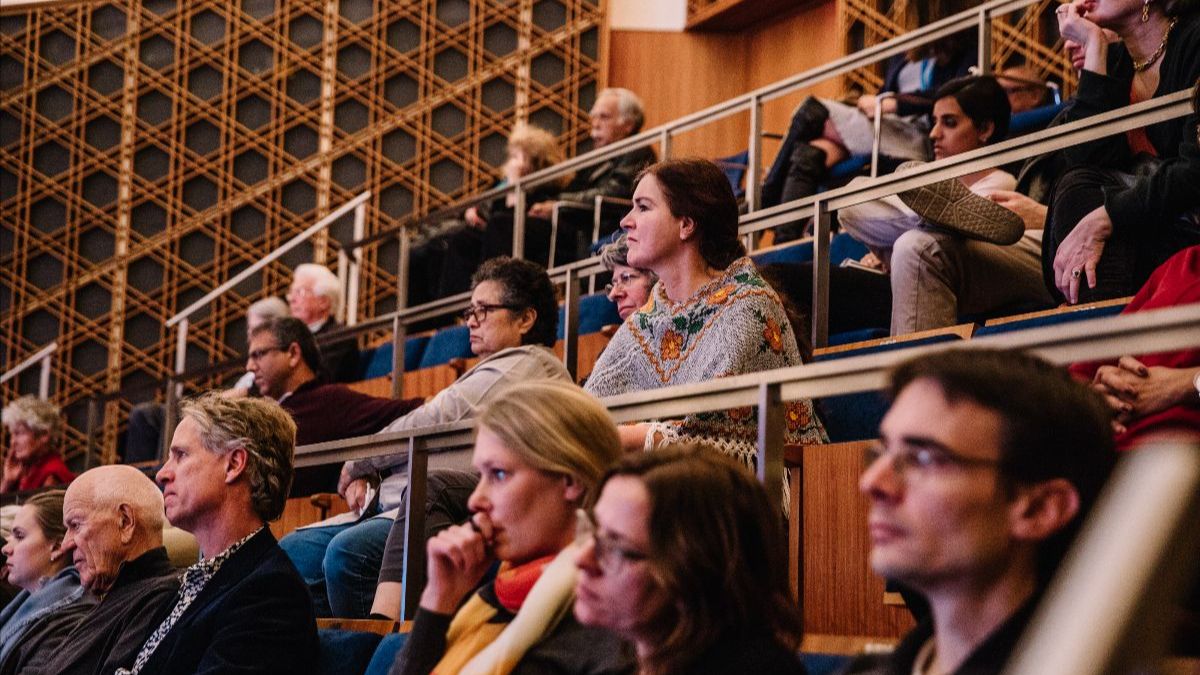 Presented in partnership with Massey College, join us for a talk on the impact of our obsession with 'image,' the significance of the myriad ways in which we choose to represent ourselves visually, and how this often varies from the image others have or create of us.

This talk is free with Museum admission.

Our doors are open for Doors Open! 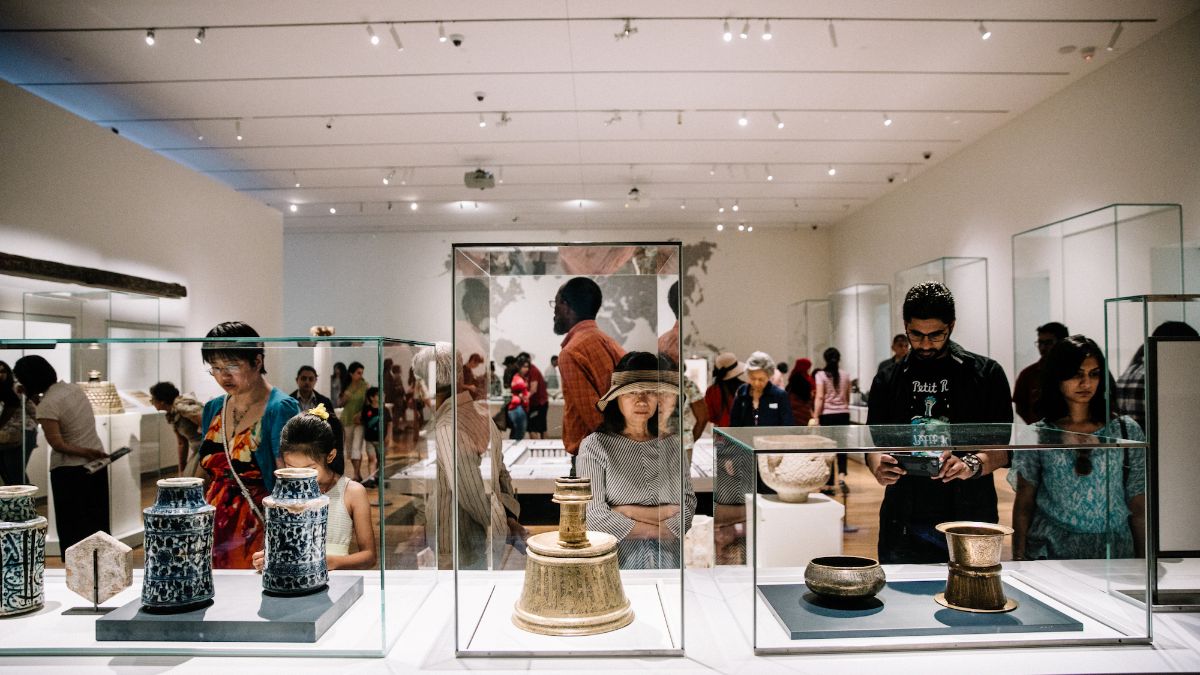 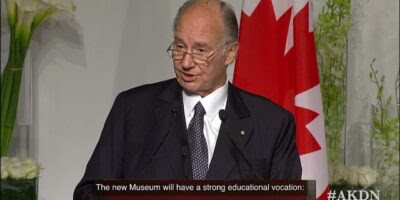 Jun 13, 2022 #Speech made by His Highness the #AgaKhan at the foundation ceremony of the #IsmailiCentre, Toronto in Canada on 28 May 2010.
Top

2 weeks until the Rhythms of Canada festival!

The _Museum's on-site restaurant *Diwan*_ has once again been nominated in the World Culinary Awards for North America's Best Landmark Restaurant in 2022! We are thrilled to be nominated alongside 12 other incredible Canadian establishments.

Remember to cast your vote before the *August 31 deadline*: https://fal.cn/3pASY
Top

https://twitter.com/aleem_kanji/status/ ... Aa6Aw&s=08
In his final City Council mtg as Councillor for Don Valley East, Denzil Minnan Wong and Toronto Mayor John Tory recommend assigning the ceremonial name "Aga Khan Boulevard" to the portion of Wynford Drive between Don Mills Rd and the east side of the Don Valley Parkway overpass.

Ceremonial Street Dedication for "Aga Khan Boulevard" - by Mayor John Tory, seconded by Deputy Mayor Denzil Minnan-Wong
City Council Decision
Caution: This is a preliminary decision. This decision should not be considered final until the meeting is complete and the City Clerk has confirmed the decisions for this meeting.

1. City Council assign the ceremonial name "Aga Khan Boulevard" to Wynford Drive between Don Mills Road and the east side of the Don Valley Parkway overpass. 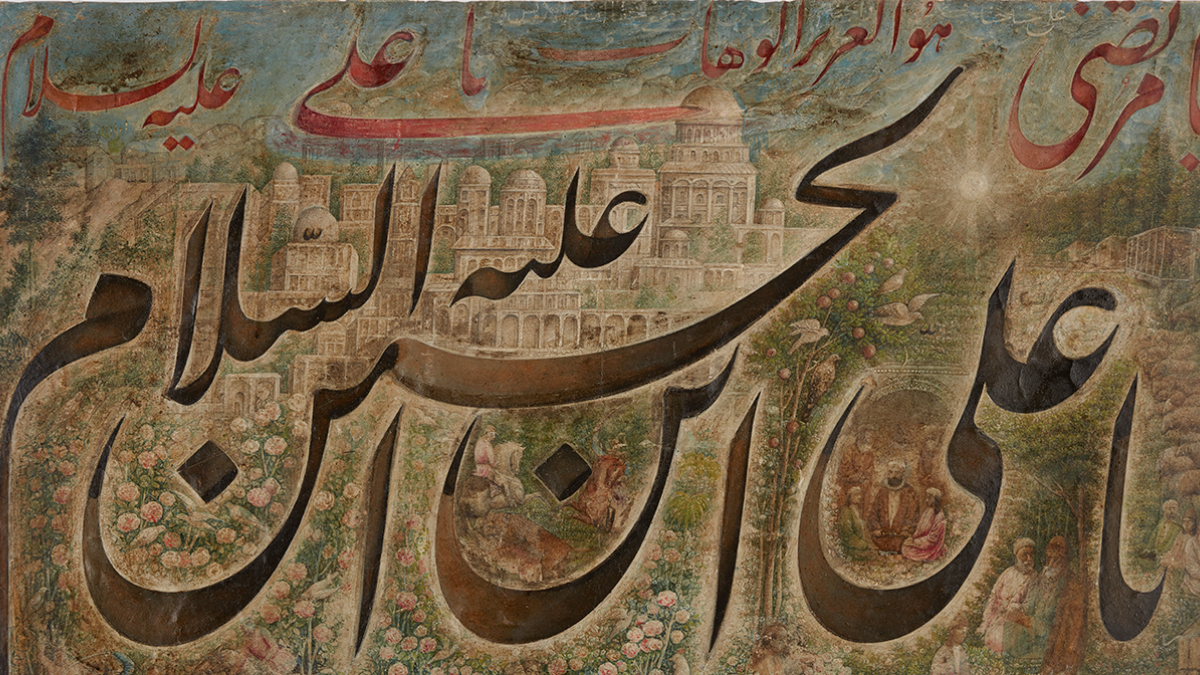 Register now for Word and Image in Islamic Art

Our sold-out Word and Image in Islamic Art course from 2021 returns in a new and exciting format! Available as self-paced units and presented by Museum Curator Dr. Michael Chagnon, this interactive course immerses students in spellbinding works of art from the Aga Khan Museum and peer institutions. Explore the ways in which artists from the inception of Islam in the 7th century to the present day navigated the realms of the visual and the verbal. 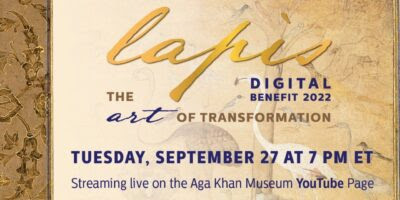 1 waiting Scheduled for Sep 27, 2022 Tune in live from the Aga Khan Museum in Toronto, Canada, for the 2022 Lapis Ball & Digital Benefit: The Art of Transformation.

The event will bring together the best of our in-person and digital offerings to highlight the Museum’s incredible impact on individuals and communities both locally and globally. We look forward to sharing how we have harnessed the power of art to broaden perspectives, foster connections, and change lives.

The funds raised will support the Museum’s ability to continue to adapt to our ever-changing world and create unique and meaningful experiences for our community to connect with art and one another. 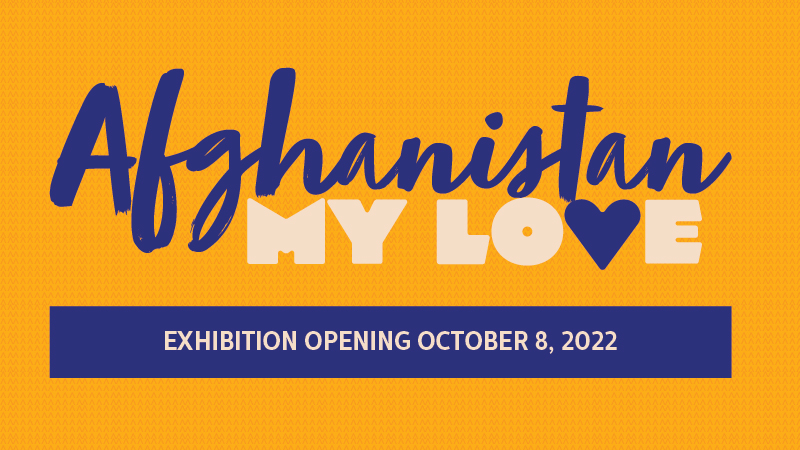 Opening on October 8 in the Museum's second-floor gallery, Afghanistan My Love is a one-of-a-kind exhibition that will bring to light new perspectives on Afghanistan — driven by the creativity and resilience of its people. The exhibition will share messages of determination, empathy, and kindness by bringing together inspiring and thought-provoking murals alongside contemporary artworks and textiles, woven in Afghanistan.

The Museum is excited to present this exhibition alongside ArtLords and Shaheer Zazai, who see this as an important opportunity to inspire change and showcase their home country, beyond misconceptions, as a complex yet vibrant place full of hope and tenacity in the face of adversity. 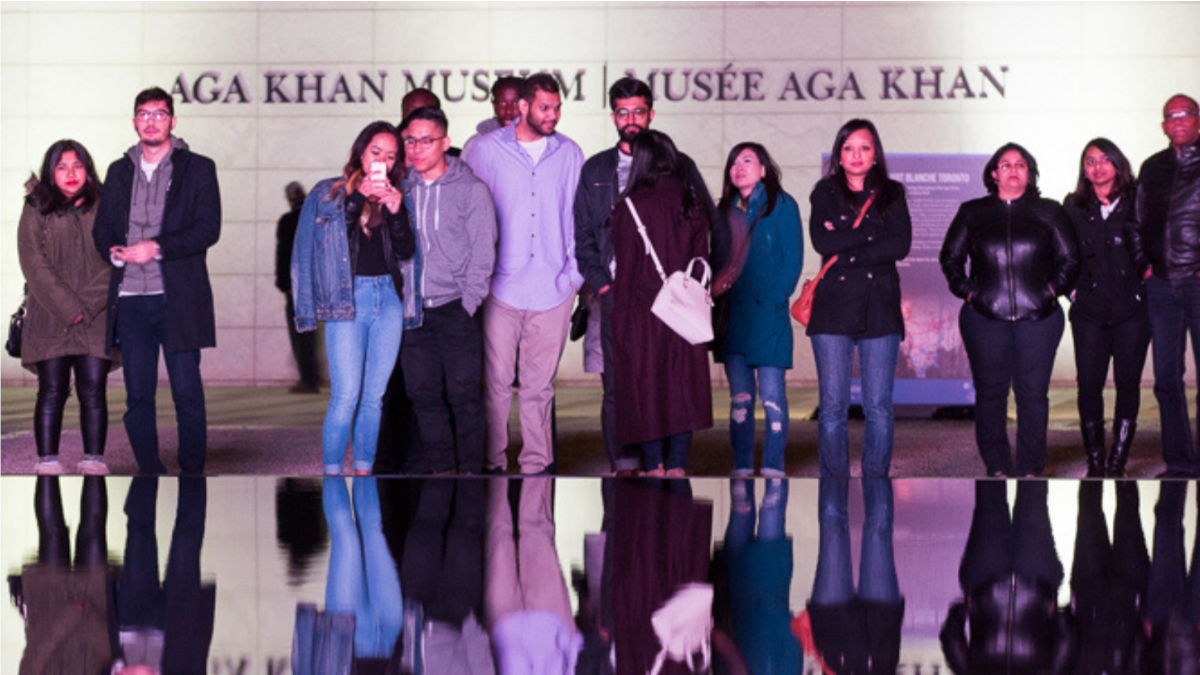 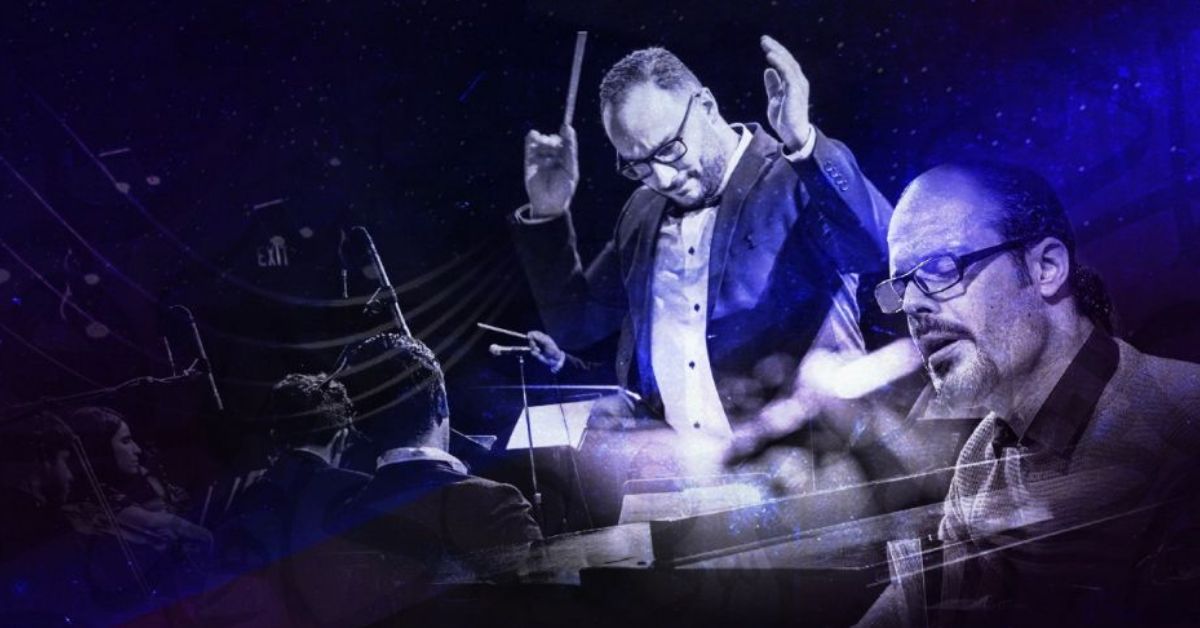 Enjoy a wistful evening filled with sonatas of love performed by the Canadian Arabic Orchestra and Choir and an Arabic Takht — a standard Arabic ensemble. Get swept off your feet by poetry and lyrics written by legends like Antara bin Shaddad and Elia Abu Madi, intertwined with enchanting melodies composed by iconic musicians like Gaby Al Boutros and Husam Numan.

Presented in partnership with the Canadian Arabic Conservatory of Music and Long & McQuade.